DiscoverYou: What We Do

Our aim is to help people reach their potential by building on their true strengths and core values.

What's it all about?

Research of human temperament has been an occupation of many over history. From as early as 400 B.C., Hippocrates identified four temperaments which he named Choleric, Phlegmatic, Melancholic and Sanguine.

Don Lowry wanted to make temperament theory more accessible and in 1978 he created True Colors®. Using the four colours metaphor (Blue, Gold, Orange and Green) to represent the four personality types, he chose theatre to introduce this model. Since then, True Colors® has developed greatly and has proven to be a great benefit to many.

Following on from this, the Personality Lingo model was founded by Mary Miscisin, who has authored the books “Showing Your True Colors” and “Personality Lingo”. This model associates the four colours from the True Colors model with the names Connector (Blue), Planner (Gold), Mover (Orange) and Thinker (Green).

This is a new personality model exclusive to DiscoverYou and has been designed with a primarily UK audience in mind. Inspiration derived from previous models has helped in producing an accessible and powerful tool for the development of human potential. It presents the four personality types under the names Analyser, Empathiser, Energiser and Organiser. Each person has their own unique personality, made up of a combination of the four types. Usually there is dominant type which is complemented by different quantities of the other three. Our personality is expressed, among other things, by what we enjoy doing and by the natural way we behave and communicate. 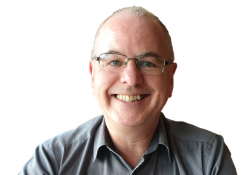 I lived and worked abroad for over 27 years in mission work. After my True Colors® Facilitator Certification in 2007, which included a career module, I was able to enhance my work with young people in particular through workshops and career counselling, helping many to find the right direction for their life after finishing high school. I expanded my expertise in 2011 by adding a Team Building Facilitator Certification to the experience I had already gained. After moving back to Scotland in 2018, Personality Lingo certification (Basic Training and Effective Communication) was the perfect follow-on to further develop my skills until I took a step further by developing the Personality World model in 2020.

I am known for my empathetic approach and passion for helping others reach their potential. Whether with young people, businesses, or organisations, I am engaged in helping people to learn the way of the personality world and reap the many benefits this knowledge brings at both a personal and professional level.

I found the True Colours programme most interesting and engaging! Fascinating in understanding yourself and friends/work colleagues better. David was professional throughout but approachable and helpful. I would highly recommend this programme.

Participating in the personality workshop was both an enjoyable and an enlightening experience. It provided me not only with a deeper understanding of my own personality, but also enabled me to develop an awareness of how to interact better with people who have different personality traits to myself. David performed his role as facilitator with enthusiasm, understanding and an approachable manner which afforded each individual the opportunity to speak candidly and to learn from the other individuals in the group. I would highly recommend David’s workshops to anyone.

Hugely informative session discussing aspects of personality that you wouldn’t normally identify. This is very useful information, both in a personally reflective sense and for making me more aware of important characteristic traits in others, thus enabling me to be more efficient in my own work and with regards to work and social relationships.

Get in touch to start your journey!
Recent Articles
Go to Top